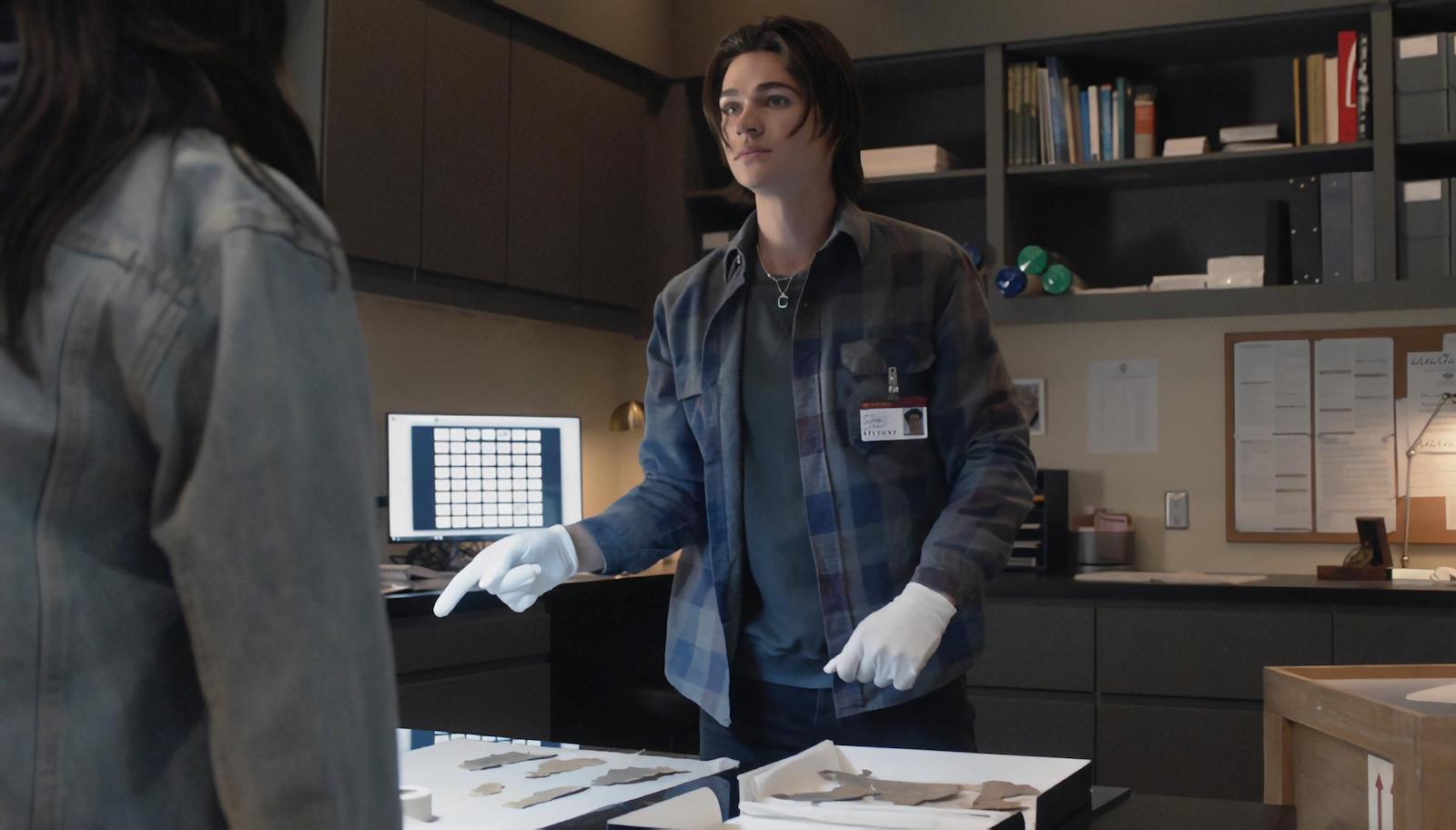 TJ might be across the ocean for Manifest season 3, but Olive has a new university student to puzzle through the historical artifacts with: her father’s latest research assistant Levi, played by actor Will Peltz. Begrudgingly at first, Levi accepts Olive’s help with all of the Al-Zuras material coming in from TJ’s investigation in Egypt, something she worked on back in season two. The pair seem destined to bond despite their rocky start, and Peltz gave us some insight into the newest character on the show.

Peltz welcomed the chance to play a character whose intentions are good despite his initial arrogance in the latest episode of Manifest. “The cool thing about Levi and what really attracted me to the character was that he’s not stereotypical and he’s not just this one dimensional character,” he says. “I feel like this character could be just this… brainy, super-intelligent, nerdy guy — and he has that side to him which is what made me love the character especially so much — but I think he also has this other edgy little bit of an attitude. It was nice to do something fresh… I’m often playing a dick, and it was nice to get away from that and be at least somewhat of a nice guy.”

Peltz is no stranger to sci-fi hybrids such as Manifest, having been in time travel romance movies like Time Freak and dystopian thrillers like In Time. “I love sci-fi so much,” he admits. “I love a good hybrid, especially if there’s sci-fi involved. There was this weird part of my career where… everything I do has technology in it. I don’t know why. Through In Time, there was this whole theme, and then I did this horror movie Unfriended. There were all these technological aspects to everything I did which crossed over into the whole sci-fi thing. But I love it! It’s very enjoyable for me.”

Although Levi revives the historical angle of the prophetic callings in Manifest, Peltz himself is experiencing the mystery alongside the viewers, but he appreciates being able to enjoy the show from the inside. “Kind of peeking behind the curtain, instead of eating the meal I get to enjoy helping to prepare the meal, which is its own pleasure. That would be the closest thing,” Peltz says. “But I totally get to enjoy it in my own way, and it’s so cool to be part of this whole thing.”

When asked about whether or not Levi would get to interact with other characters in the cast, Peltz was guarded about what he was willing to share, but he did appear to confirm that we will see more of Levi and Olive together. “As far as interactions with everyone, I don’t know if I’d necessarily say — I just don’t want to give anything crazy away. But I would definitely say I’m mainly helping Olive’s story… we definitely have a nice rapport, and we have our ups and downs I guess, so it’s cool.”

Manifest continues the story of the returnees from the time-jumping Flight 828 next Thursday at 8/9c on NBC.