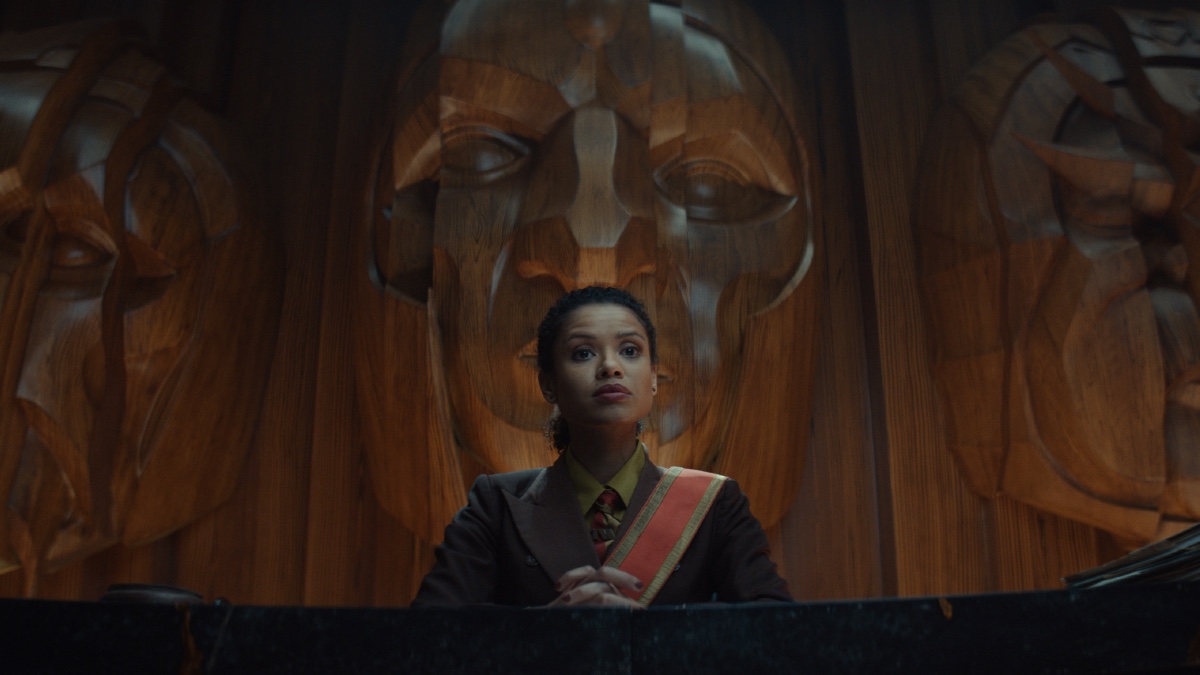 Early on in the first episode of Marvel’s latest Disney+ series Loki, the titular God of Mischief stands trial for his crimes.

He isn’t being charged with the crimes we’re familiar, mind you, which is to say attempted homicide, fratricide, and even genocide, but rather something far more serious: time crimes. As he stands before Time Variance Authority judge Ravonna Renslayer (Gugu Mbatha-Raw), Loki does what many accused criminals do and attempts to blame someone else.

Surely, it’s the Avengers that the TVA wants, not little ol’ Loki. The Avengers staged an elaborate time heist that saw no fewer than 10 individuals go back in time to remove sacred objects from their respective timelines and use them in the present. All Loki did was grab a glowing blue cube!

Then Judge Ravonna reveals something quite surprising. Everything that the Avengers did was supposed to happen. What Loki did was not. The Avengers’ ambitious exploitation of the multiple timelines had the blessing of the Time Keepers. But Loki, ever the fly in the universe’s ointment, messed everything up with his incessant penchant for self-preservation.

This moment is an insightful look into how the Time Keepers and the TVA operate. They are charged with maintaining the sanctity of the Sacred Timeline, of course, but nobody ever said that the Sacred Timeline has to be nice and neat. The moment also clarifies a lot about the events of Avengers: Endgame itself.

The time heist in Avengers: Endgame was never designed to make perfect logical sense. Anytime a story introduces time travel into its narrative, the sheer complexity of it runs the risk of overshadowing everything else. Avengers: Endgame mostly hand waves away this problem by having Scott Lang, Bruce Banner, and James “Rhodey” Rhodes have a brief, but spirited discussion about all the different cinematic interpretations of time travel.

In-between references of Star Trek, Terminator, and Hot Tub Time Machine, Professor Hulk is adamant that changing the past does not change your future. If you travel to the past then that past becomes your future and your former present becomes your past which can’t now be changed by your new future.

Complex? Sure. Confusing? Absolutely. Correct? It would appear so! Even though the film ignores a lot of the difficulties of time travel, the Avengers themselves put some real thought into this. Steve Rogers, Tony Stark, and friends are remarkably clean house guests in the past. Sure, letting Loki abscond with the Tesseract was a mistake, but beyond that the plan goes off pretty well and the whole crew proves very adaptable. When The Ancient One (Tilda Swinton) protests against the Hulk taking the Time Stone, he hastily comes up with a plan to return all the Stones to their respective timelines once they’re done with them. Sure enough, Steve Rogers does exactly that.

When Doctor Strange looked into the future to examine 14 million possibilities of how the Infinity War would pan out, he discovered that there was only one in which they were successful. Now we come to find out in Loki that the one timeline in which The Avengers defeated Thanos was indeed the Sacred Timeline itself. At first glance that might seem to cheapen the Avengers’ accomplishment a bit. But it’s important to remember that just because something is preordained doesn’t mean it’s easy. Those punches from Thanos still hit just as hard and Tony and Natasha remain just as dead.

Though the Time Keepers are sure to be an antagonistic force throughout the events of Loki, it’s heartening to know that at least in the fight against Thanos the Sacred Timeline had our backs.

Sci-Fi Short Film “Embers & Dust” | DUST
How Doctor Who Was Quietly Revolutionised By Its Least Popular Season
Link Tank: Lin-Manuel Miranda Apologizes For Insufficient Afro-Latino Representation in In the Heights
Why We Didn’t Know How Long a Venus Day Was
The Santa Claus Machine