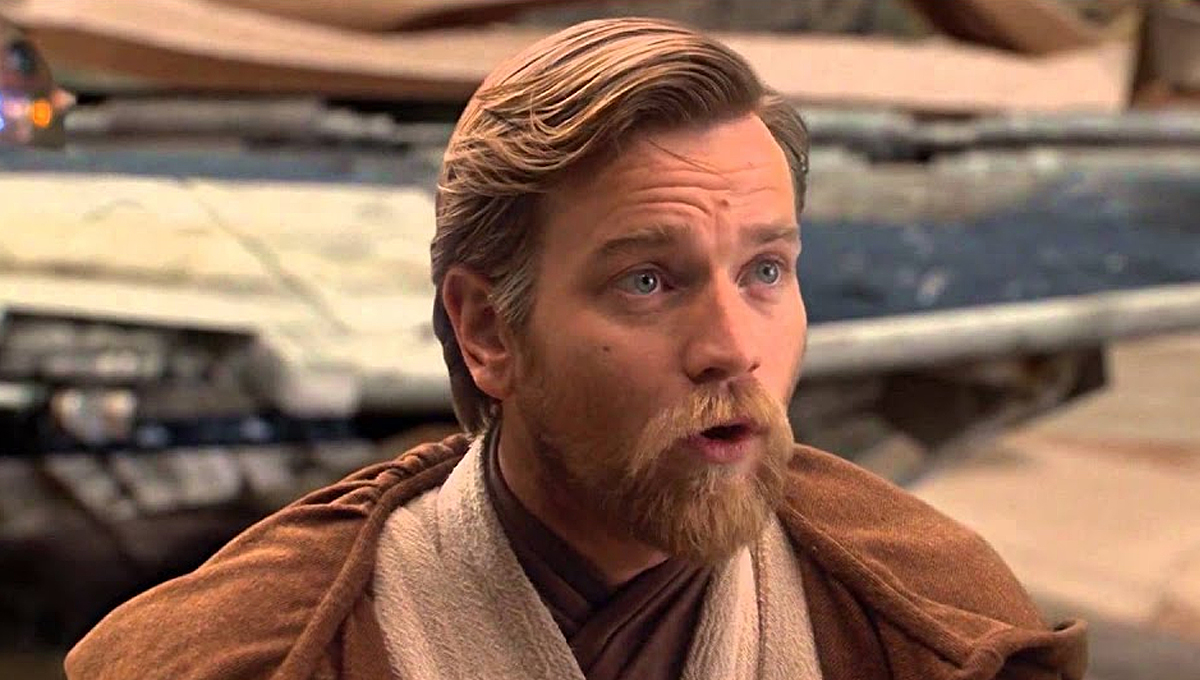 Upcoming Disney+ series Star Wars: Obi-Wan Kenobi is set to serve as the live-action bridge between the franchise’s 1999-2005 trilogy of prequel films and the Disney-delivered modern era. Yet, for star Ewan McGregor, who reprises his legacy role from those films, a surreal confluence has been created over the presence of a certain monochromatic army: Stormtroopers. Indeed, while he’s spent his share of screen time with Clone Troopers, there’s something about being around the Empire’s armored legion that has McGregor feeling childlike.

The star, who has been shooting Obi-Wan Kenobi since its pandemic-delayed production launched this past April, took some time to participate in a mostly Star Wars-centric “Actors-on-Actors” Variety interview with a fellow franchise star in The Mandalorian’s Pedro Pascal. While the two wax ecstatic about their respective shows, McGregor—more so than Pascal—is clearly walking a tightrope regarding what he can discuss, seeing as Disney’s veil of secrecy still prominently obfuscates even the slightest of plot points for his series. However, in offering an enthusiastically heartfelt anecdote about the presence of proper, Original-Trilogy-style Stormtroopers on the Obi-Wan Kenobi set, McGregor confirms a detail—even if said detail was already generally accepted as fact.

“I’ve got to be so careful. There’s no secret to when this series is being set, but I had to walk past two Stormtroopers,” muses McGregor to Pascal. “I realized I’ve never acted with a Stormtrooper because mine were clones, you know? It was the Clone Army. So, I’d never seen a Stormtrooper. So, I was walking past them in this scene. I turned around—and I was 6 years old again.” McGregor isn’t just throwing around hype, since his love for the franchise, which is well-known, goes back to the release of 1977’s original Star Wars, during which the Scottish actor was, as he states, 6 years old; a memory likely magnified by the fact that his own uncle, Denis Lawson, fielded the Trilogy-spanning role of Rebel pilot Wedge Antilles. Yet, for all the fame that McGregor achieved playing the young version of Alec Guinness’s aged Jedi Master in the prequel films, his connection to the franchise he knew as a kid still felt somewhat detached. Consequently, his sharing a set with the kind of Stormtroopers seen in the Original Trilogy was clearly a fulfilling experience in that regard.

Pascal—whose Mandalorian character Din Djarin dispatched more than his share of Stormtroopers on the series, albeit during a later point in the Star Wars timeline—would press McGregor on his feelings for this particular moment, leading the star to offer the potent adjective of “insane” about being in the presence of a brigade of bad-shot bucket-heads. “I was feeling like I was 6 again or something, because I’m so close to one and I got a fright, you know? So crazy,” he continues. “Then I asked someone, ‘Were there Stormtroopers in my films? Because I don’t think I’ve seen a Stormtrooper for real before.’ They were like ‘No, they weren’t Stormtroopers; they were clones.’ And Jawas, I had another scene with a little Jawa.”

McGregor’s confessed confusion about the troopers is understandable, since the distinction between Stormtroopers and Clone Troopers was a rather convoluted topic after the release of the prequel films. Notably, the introduction of the Clone Army in 2002 middle act Attack of the Clones—bringing to life what was once just expositional dialogue by Guinness’s Obi-Wan in the 1977 original film—was creator George Lucas’s way to explain how the iconic Stormtroopers of the Original Trilogy came about. As a result, it became accepted lore that the Stormtroopers were indeed the clone successors of the similarly white-armor-clad force that fought in the Clone Wars—even if they were not as imposing and less-impressive on the battlefield than the wartime batches. This was even reflected during the post-Prequels, pre-Disney era in Hasbro’s Star Wars 3 ¾” action figure line, which routinely released Original Trilogy Stormtroopers with removable helmets that revealed faces resembling the Jango-Fett-templated clones. However, this narrative would not endure in the era of Disney’s restructuring.

Consequently, a retcon was implemented to better explain the glaring differences between Stormtroopers and Clone Troopers. This manifested with canon-acknowledged, era-appropriate animated offshoots such as Star Wars Rebels introducing the idea that Clones were phased out after the war—ironically, in a similarly cruel manner to the Jedi they had been programmed to exterminate. This was due to the fact that Clones generally had short lifespans and their—as it turns out—rather unpredictable nature, as evidenced by clones such as Rex, Wolffe and Gregor abandoning the Empire, and, of course, the series-starring tandem of Clone Force 99, a.k.a. The Bad Batch. Thus, in the current canon, the Stormtroopers from the Original Trilogy are a mix of conscripted citizens and natural-born humans raised to live in fealty to the Galactic Empire, the latter of which was exemplified by the First Order with John Boyega’s Finn in Sequel Trilogy. Yet, with The Mandalorian having also canonized in live-action form concepts such as the black-clad Deathtroopers and Dark Troopers, we can expect to see a lot more than just the classic variety of childhood-inspired Imperial canon-fodder..

Nevertheless, McGregor will have some intriguing, non-Stormtrooper, company on Star Wars: Obi-Wan Kenobi. Besides a Revenge of the Sith reunion on Tatooine with Joel Edgerton’s “Uncle” Owen Lars, Bonnie Piesse’s “Aunt” Beru Lars—and, purportedly, Luke Skywalker as a child—the series will also feature characters by players such as Indira Varma, Rupert Friend, Kumail Nanjiani, O’Shea Jackson Jr., Sung Kang, Maya Erskine, the appropriately-named Simone Kessell and more. Plus, someway, somehow, Hayden Christensen will be back as Darth Vader, potentially setting up a heretofore unknown pre-A New Hope confrontation between the two. Plus, there’s potential for more surprise cameos, like, say, from a certain late Jedi mentor with a particular set of skills.

Star Wars: Obi-Wan Kenobi has not revealed a release date as of yet, but it will eventually premiere on Disney+ to what should be tremendous fanfare.