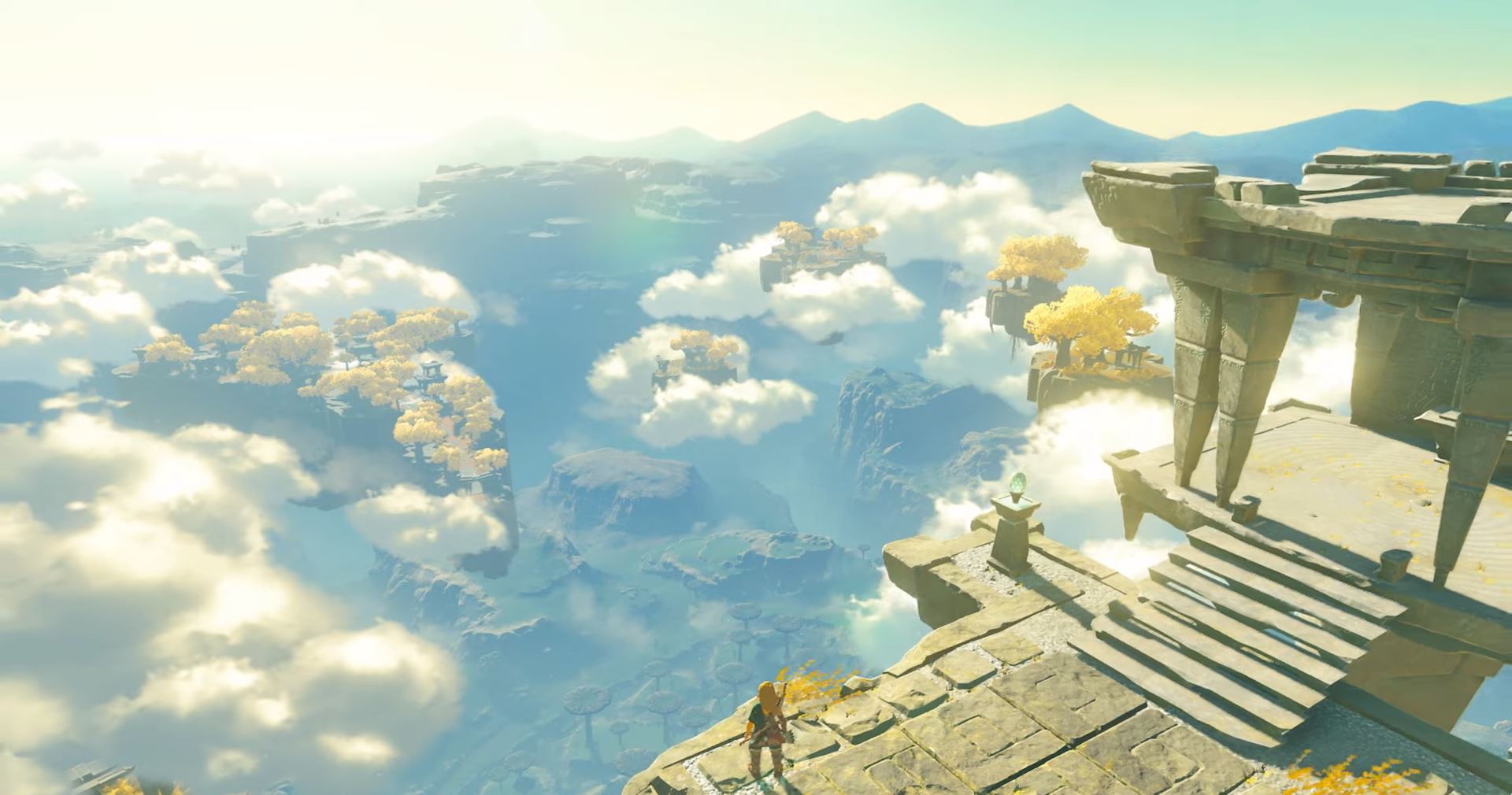 Nintendo has finally released a new trailer for The Legend of Zelda: Breath of the Wild 2, and the all-too-brief preview has only managed to make the wait for the game’s (hopeful) 2022 release date seem even longer.

While we’re waiting, why don’t we just overanalyze every single frame of that new trailer? This latest Breath of the Wild 2 footage may not look like much on the surface in terms of new information, but it’s packed with small details that could tell us much more about the next Breath of the Wild than you may have thought.

From haircuts and flamethrowers to hidden messages and secret names, here are just some of the secrets we spotted in the E3 2021 Breath of the Wild 2 trailer:

Near the beginning of the Breath of the Wild 2 trailer (although we’ll talk about that name in a bit…), we get a single-frame shot of a grey figure that certainly looks like it could be some form of Ganon.

The way that early footage is presented almost makes it seem like it’s supposed to be a kind of prelude to the rest of the game. We previously speculated that Ganon would return in Breath of the Wild 2, so could this footage be trying to suggest that he has been resurrected, altered, or perhaps even consumed by Malice? It could also be a brief look at an entirely new foe or perhaps a returning old one.

Link Has a Flamethrower!

It’s not a Zelda game without some amazing unlockable equipment, and the shot above certainly seems to suggest that Nintendo has finally decided to just give Link a flamethrower in Breath of the Wild 2.

The latest trailer makes the combat advantages of this item quite obvious, but it’s not hard to imagine how a flamethrower could be used to solve some of Breath of the Wild 2‘s more fiendish puzzles. The game may even let us set our own weapons on fire (if only temporarily).

What’s Up With Link’s Hair? Is that Even Breath of the Wild’s Link?

While the most likely explanation for Link’s long flowing hair in the Breath of the Wild 2 trailer is that he’s been in some kind of stasis between the events of the first game and this one (or that he just likes the look), some fans are speculating that’s not actually Link at all.

That latter theory could be supported by the fact that we never really get a good look at Link’s face in the new trailer outside of a brief moment during the opening Malice scene. While that could just be a presentation decision based on the distinct possibility that Link’s face hasn’t been properly rendered yet, there could be something to the idea that the Link we see in this trailer isn’t quite the Link we knew in the previous game.

Is this the Legend of Zelda: Breath of the Wild Map?

Well, it’s a near certainty that Nintendo will change some elements of the original map for this sequel if they do end up reusing elements of it, but it really does seem like we’ll end up traversing some familiar locations in this game. Some fans are also speculating that this game will allow us to travel from location to location via the sky similar to what we saw in Skyward Sword.

What Role Do the Elements Play?

Each of the four elements gets a little time to shine in the Breath of the Wild 2 trailer. We already mentioned Link and his flame thrower, but there are also enemies that rise from the earth, a puddle that becomes a water droplet as it ascends into the sky, and wind that obviously plays a role in Link’s sky travel abilities.

Towards the end of the new Breath of the Wild 2 trailer, some truly creepy music interrupts what was previously an extended montage of Link doing hero stuff. Its otherworldly nature clashes wildly with the other music in the trailer and most other Zelda games.

At the moment, the popular theory is that this music is actually audio of someone speaking backwards. After all, Nintendo pulled a similar trick in the first Breath of the Wild trailer. It doesn’t look like anyone has deciphered this part of the preview quite yet, but we’ll be very interested to hear what is actually being said here if that is indeed what this audio is supposed to be.

One of the most popular theories at the moment suggests that Link either loses his arm at some point or loses access to the Sheikah Slate. In either case, it seems that this new gauntlet will become the source of Link’s powers and possibly some other items and abilities.

Will This Game Actually be Called The Legend of Zelda: Breath of the Wild 2?

We’ve been calling the next Zelda game Breath of the Wild 2 up until this point, but it’s worth noting that Nintendo hasn’t really committed to that name. The full name of the game never appears in either trailer released so far, and even the YouTube titles for these trailers refer to the project as “Sequel to The Legend of Zelda: Breath of the Wild.”