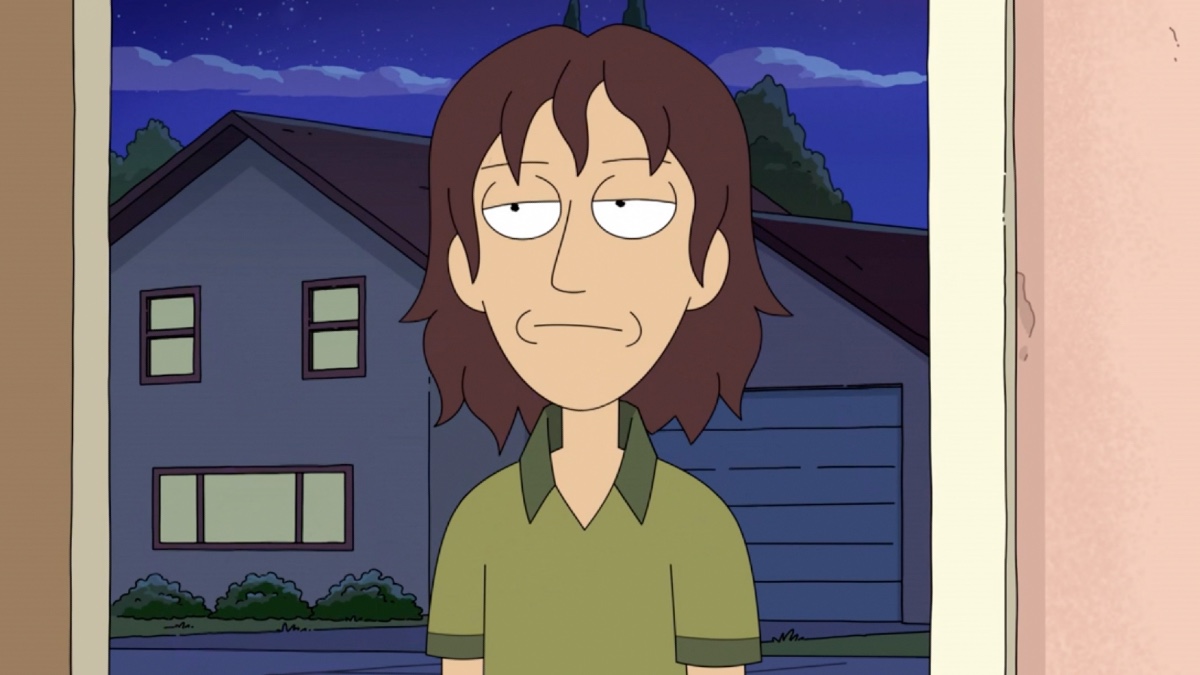 Through five seasons of Rick and Morty, Morty and Summer Smith have been through countless existential science fiction threats.

In the show’s first season, Morty had to bury his own mouldering corpse in the backyard. Just two weeks ago Summer accompanied her grandfather on a sex tour of literal apocalypses! This week, the duo appear to literally kill Marvel’s Galactus. As such, every now and then Rick and Morty likes to remind us that Summer and Morty are just teenagers with teenage concerns. Enter Bruce Chutback in episode 5 “Amortycan Graffiti.”

As voiced by Darren Criss, Bruce Chutback is perhaps the most powerful character introduced in Rick and Morty season 5 yet. Yes, this utterly normal teen (who appears to own only one pair of pants) is more significant than Mr. Nimbus, Planetina, or the entire masochistic forces of Hell, itself. And that’s because of what he represents to Morty and Summer: a potential high school ally.

Morty is a little weirdo and finally, definitively blew his chance with Jessica when she became an immortal, all-knowing being. Summer’s only friend, Tammy Gueterman, turned out to be a spy for the coalition of planets. As the new kid in town, Bruce Chutback is Morty and Summer’s only real chance at building a friend group and gaining a foothold in the vicious high school pecking order. Series creator Dan Harmon best describes Chutback’s potential in his opening song*: “Bruce Chutback! Newest kid in school! Hasn’t done anything embarrassing yet. Unlimited potential! Anybody’s guess! No credit is perfect credit, Chutback is the best!”

Side note: “Bruce Chutback” is just a fun name to say. Many Dan Harmon-produced series enjoy introducing characters that would be a studio audience’s favorite sitcom character simply due to their name. Chutback’s songs throughout this episode are reminiscent of Preston Coogler’s post-credit trailer in Community.

Whether Chutback is the best is certainly debatable. By episode’s end, he goes through a truly transformative experience with Morty and Summer and yet still isn’t ready to commit to being their friend until he does his research.

“Just to be upfront about how I do this, I can’t really commit to a friendship for more than 24 hours,” Chutback says. “I need that time to get a general sense of your standing within your school’s social hierarchy. And if that’s solid, I’ll see you around. Otherwise, no news is bad news.

Morty and Summer’s focus on the high school hierarchy isn’t unique to just them. Every teenager in this world is singularly focused on their status within the group. And no amount of life-affirming journeys in a sentient flying saucer can change that. Youthful, Earthly concerns will always supersede science fiction. Though Rick and Morty has a tenuous grasp on its own continuity and various moral stances, that is one area in which the show has been consistent.

Criss is an inspired choice for the role, not only because he gets how appropriate it is to underplay Chutback but also because of his own acting history. Though the actor and singer is in his thirties now, to many he will be forever young thanks to roles in StarKid Productions various musicals, Glee, and American Horror Story. It’s all a reminder that though we leave high school, it doesn’t always leave us.

Ultimately, Chutback is not able to cut the chut and his lack of pants forever dooms him to high school obscurity.

“This place is a jungle. I hope he can find solace in his own company,” Morty says.

Morty is one of the very few kids on Earth to ever be in a room of many variants of himself. Perhaps it’s telling that he still doesn’t care to find solace in his own company and seeks out the company of others so consistently. Hell might not be other people after all.